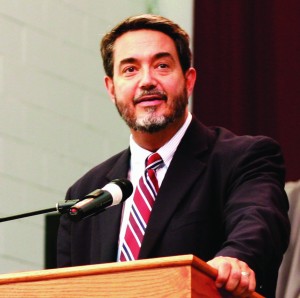 Nope, this isn't a "7 Questions" edition unfortunately, but this comes from the Image Catholic Books website and is well worth your reading.    Do remember to pick up a copy of Consuming the Word since we will begin our summer book discussion next week.

Here is an excerpt from the interview:


Q. What inspired you to write this book?
The big inspiration is the Word of God. The Gospel tells us that “the Word was made flesh and dwelt among us.” For Christians, this is the pivotal truth of our faith and the pivotal moment in history. We share in that moment through the incarnate Word, whom we receive in the Eucharist, and the inspired Word, which we have in the Scriptures. My book celebrates both.
That inspiration has been welling up inside me for much of my lifetime, and it’s behind everything I do. It gets me out of bed early in the morning, and it keeps me up late at night. More immediately, however, the inspiration that got this book started was actually a chance encounter with a high-school friend of mine. When we were teens, he was Catholic and I was evangelical. I used to challenge him about the Mass. I’d ask: “Where do you find the sacrifice of the Mass in the New Testament?” Eventually he left the Catholic Church and became an evangelical. I, meanwhile, became a Protestant minister before converting to Catholicism.
Well, turnabout is fair play. Now that our religious affiliations were reversed, my friend put the question to me: “Where do you find the sacrifice of the Mass in the New Testament?” This book is, in a sense, my response to my friend’s question.
I hope I demonstrate, to the satisfaction of scholars as well as lay readers, that the Mass is the New Testament — that the New Testament was a sacrament long before it was a document, and we can see that in the document itself.
For the rest of the interview, go here.
Posted by Timothy at 12:00 AM

Gail Buckley recently interviewed Dr. Hahn about this book on her Radio Maria show. You can find the podcast here: