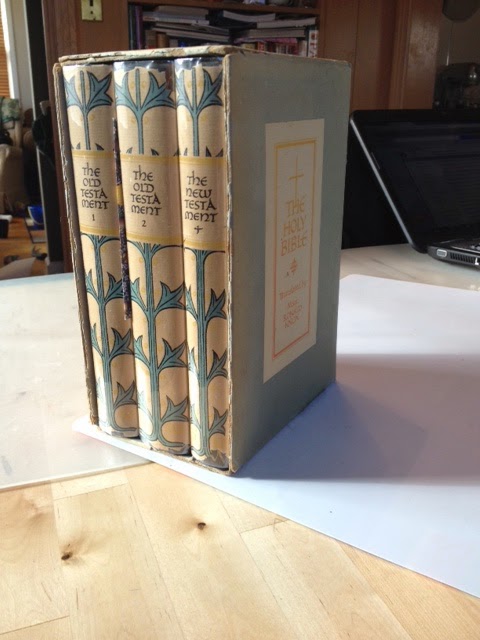 Since the inauguration of this blog, I have had the privilege to get to know some of you through emails, some via Facebook, or others even in person.  Recently, one of my readers, who lives very close to me, dropped off a bag of extra Bibles and missals that he was no longer in need of anymore.  Thank you Larry! I hope to find a suitable home for them in the near future.  (One of them, the NOAB4 already does.)

However, on other occasions, readers have helped me to get into contact with people who were looking to find homes for older, more collectible Bibles.  James, who comments from time to time on the blog, graciously introduced me to Fr. Peter.  Fortunate for me, Fr. Peter is a fellow admirer of Msgr. Ronald Knox.  Over the course of a number of correspondences, I was able to acquire this amazing treasure pictured here.  It is a 1950-1951 Sheed & Ward three volume Knox Bible in hardcover. For being well over 60 years old, each volume is in remarkable condition.  The pages are as crisp and bright as if they had come of from the printers only a year earlier.  Even the original box, though showing signs of wear, is still in good shape and does its job of protecting the three volumes. 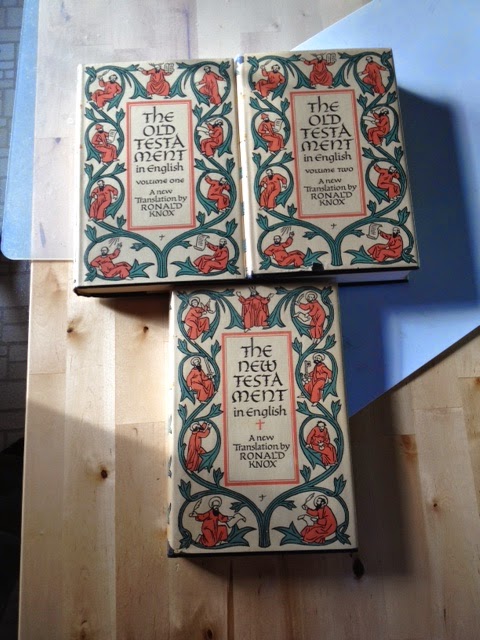 The font, though similar to the Baronius edition, reads a bit better because of the spacing between verses and paragraphs.  This certainly has the feel of a readers bible, one which is meant for lengthy reading.  There are no extras within each volume of this boxed set, other than a brief translator's note or preface and, of course, the annotations from Knox.

One of the real surprises of this set, which I was strangely unaware, is the inclusion of a second translation of the Psalms.  Knox's original translation of the Psalms came from the Clementine Vulgate rendering.  However, in 1945 Pope Pius XII approved a new Latin edition from the Hebrew published by the Biblicum (Pontifical Biblical Institute).  Knox translated this new edition and it is found as an appendix to volume two of this set.  I hope to be able to analyze and compare for you the two Psalters in the future.  I can tell you that the Baronius Press Knox Bible utilizes the 1945 Biblicum translation of the Psalter. 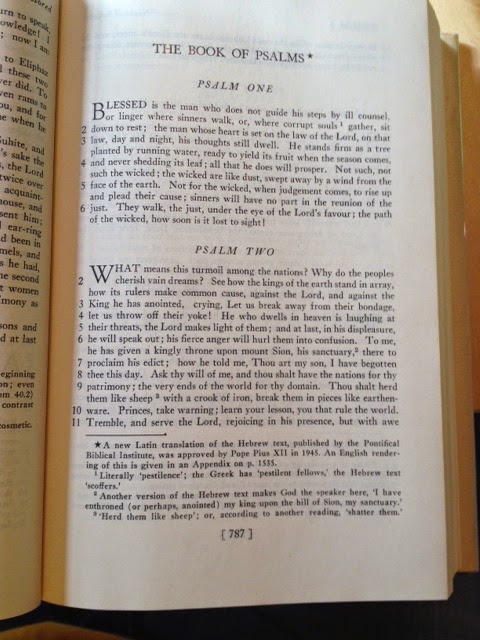 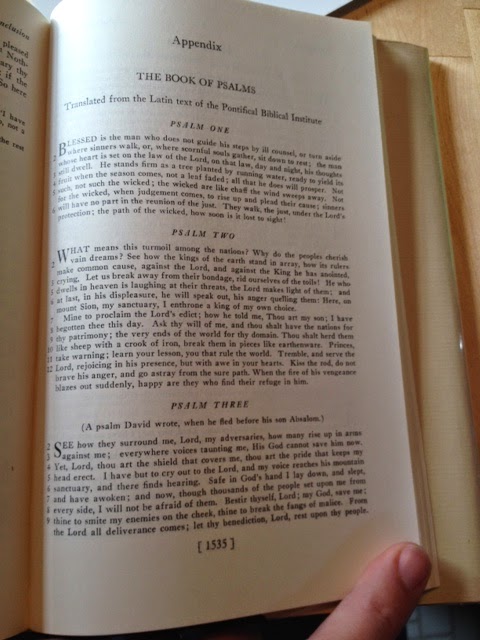 Yet, there was another surprise!  Slipped in between two pages of the New Testament volume I found a newspaper cut-out of the announcement of Knox's death.  Seeing that truly touched my heart.  What a treasure, within a treasure.  It reads: "Monsignor Ronald Knox, the historian and theologian, died on Saturday at Mells, Somerset, where he had been staying for some months.  He had an internal operation in January.  He was 69.  Six weeks ago Msgr. Knox finished his translation into English of the autobiography, in French, of St. Theresa of Lisieux.  There will be a Requiem Mass at Westminster Cathedral on Thursday." 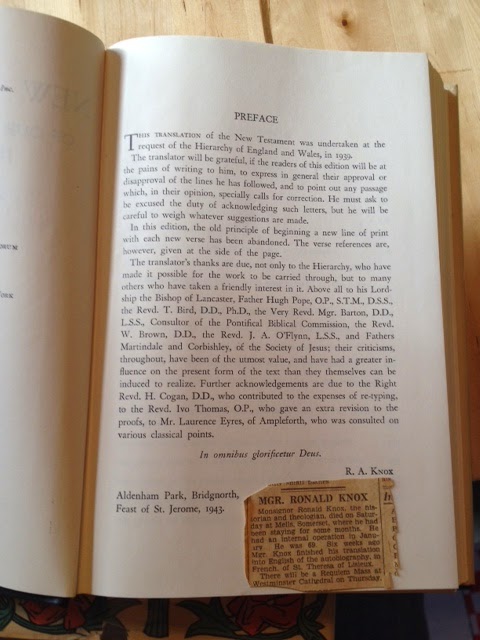 Thank you to James and Fr. Peter.

"What is faith?  It is that which gives substance to our hopes, which convinces us of things we cannot see.  It was this that brought credit to the men who went before us (Hebrews 11:1-3)."
Posted by Timothy at 12:00 AM

That's pretty cool. Can I have them? LOl

It's a beautiful set. Just out of curiosity do you know whether or not Fr Peter was the original owner of this set, or did he buy them used?

Thanks Tim and Fr. Peter for sharing this. Rest in peace, Msgr. Knox!