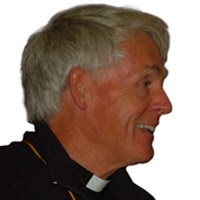 Nicholas King SJ was born in Bath and was educated by the Jesuits at Stonyhurst College, Lancashire. He started learning Latin and French at the age of eight and Greek two years later; he went on to study Classics at St John's College, Oxford. He entered the Society of Jesus in 1970 and was ordained a priest in 1980. He is currently teaching at the Jesuit School of Ministry at Boston College.
In 2001 he began translating Mark and John for a summer school he was teaching, and it eventually led him to translate the entire New Testament, which came out in 2004. He then began work on translating the entire Old Testament from the Greek Septuagint. Fr. King completed his monumental work in 2013.
I recently received this translation and am currently using it for both study and meditation purposes while jotting down thoughts and observations as I happily make my way through it. It is my hope to complete a non-scholarly review of it in the near future.
After spending a couple of days with his translation, I emailed Father King and asked if he would answer a number of questions that popped to mind and he graciously accepted.
Thanks to Tim for making me aware of this translation last New Year’s eve.
1) Unlike the vast majority of bible translations, your OT translation is based on the Greek Septuagint. Why is the Septuagint important? 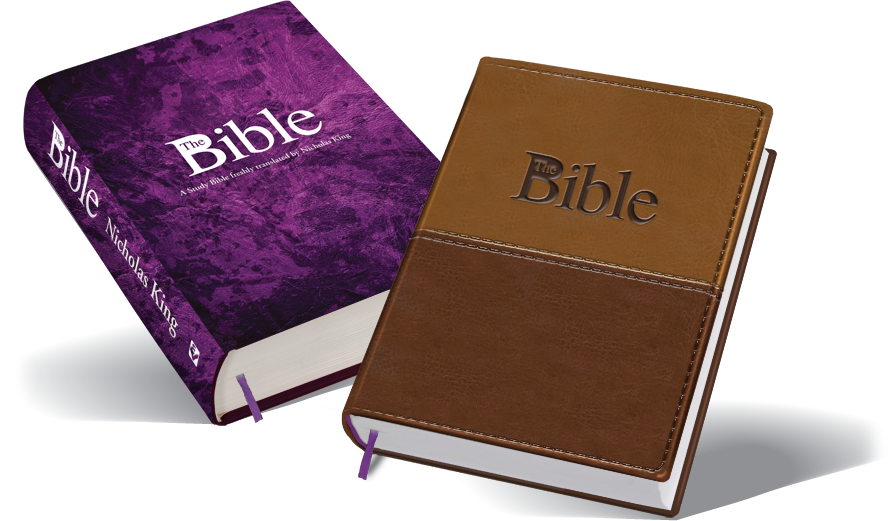 The reasons I chose the Septuagint as the basis of my translation were fourfold: First, my Greek is stronger that my Hebrew! Second, and more important, the Greek version is what counts as Scripture for all of our NT authors. Thirdly, the mss of the LXX are centuries older than those to which we go for the Masoretic Text; Codex Leningradensis is 11th century and the Aleppo Codex much the same. Fourthly, the LXX gives us evidence, supported by the Dead Sea Scrolls from Qumran, of how Jews were reading their Scriptures during the time when Christianity was emerging.

3) Besides the spelling of the biblical names, in what way does your translation differ from the NETS translation?
The NETS (New English Translation of the Septuagint) had not appeared when I started my work; they have made a great contribution by letting us have an English version. The main difference is that they opted for a very literal version, to give a flavour of the original. I find their suggestions very helpful indeed in places.

4) Which Greek text did you use in translating the NT? Recently I saw an Eastern Orthodox translation of the NT which used the Patriarchal text of 1904 as their base.
Once again, the version in my computer, which is NA 26/USB3, again perfectly respectable. No printed version (and of course no manuscript version) has any guarantee of being what the original author actually wrote.

5) Inclusive language still seems to be a hot topic when it comes to the biblical text. How important (or unimportant) was the use of inclusive language when you went about translating? Did later Church Father interpretation of a particular verse(s) play a part in how you went about using inclusive language? And should it play a role when translating?
That is a tricky question; in a way it was simple for me, since it is my publisher’s policy to use inclusive language. It does not always work, though, if one is to be faithful to the original, so I stuck (for example) to “Son of Man” in the gospels and to “adoption as sons” in Galatians, in order to capture what was going on in the original. But you lose friends whichever option you take.

6) Like most people who read the bible, I have my favorite verses and like to see it translated in certain ways. One of mine is Luke 1:28, the “full of grace” verse where Gabriel addresses the Mother of God. I’ve grown up praying the rosary so I’m wondering why in your translation, and in most others, “full of grace” is not used in Luke when addressing Mary, but Stephen is “full of grace” in the Acts of the Apostles? For someone who doesn’t know the original languages, it would seem that it should be the other way around. Can you explain the Greek text behind these two verses to help us why they are translated the way they are?
The translation of Luke 1:28 as “full of grace” is not quite accurate. The original is chaire kecharitomene, which could be translated as “Cheer up, you lucky thing”, and means “rejoice, woman who has been graced.” Acts 6:8, however, has Stephen as “full of grace”, and there it is correctly translated.

7) Would you describe the decision that went into displaying the footnotes and commentary the way they’re arranged in both the OT and NT?
It was not so much a decision as a drifting into a policy, mainly because I decided that space would not allow for commentary in the OT in the way I had adopted in the NT, so I just gave an introduction to each text in the OT, and mainly stuck with footnotes.

Again, I want to thank Fr. King for taking the time to answering these questions. It was very much appreciated. Tim, I would also like to encourage your readers to visit YouTube, where Father King can be found giving lectures on both the gospel of Mark and John. It’s well worth the time. You can purchase various editions of Fr. Nicholas King's Bible at Kevin Mayhew Publishers.

My #1 question. Where does this translation stand as far as Church approval? Has it been submitted and pending? Alreade approved? etc.

Hi. Thanks for the youtube links and for posting the questions about this Bible. It will ecourage us to study and translate the Bible.

Most interesting post Tim. This is probably the only catholic translation of the LXX currently available in the market. We don't have an spanish equivalent to this.
Fr. Nicholas remarks on the Septuagint manuscripts being much older than the Masoretic text, are noteworthy.

Interesting. And stop making me want to buy things for academic purposes! Taking a Greek class has ruined me...