Origen on the Gospels 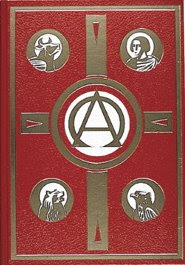 "As once upon a time among the Jewish people many engaged in prophetic discourse, but some were lying prophets (one of them was Ananias the son of Azor) whereas others were truthful prophets, and as among the people there was the gift of grace to distinguish spirits, whereby a section of the prophets was received, but some were rejected as it were by the "expert bankers," so now also in the New Testament have "many taken in hand" to write gospels, but not all have been accepted. That there have been written not only the four Gospels, but a whole series, from which those that we possess have been chosen and handed down to the churches, is, let it be noted, what we may learn from Luke's preface, which runs thus: "Forasmuch as many have taken in hand to compose a narrative."

The phrase "have taken in hand" implies a tacit accusation of those who rushed hastily to write Gospels without the grace of the Holy Spirit. Matthew and Mark and Luke and John did not "take in hand" to write their Gospels, but wrote them being full of the Holy Spirit . . . The Church has four Gospels, heresies very many, of which one is entitled "according to the Egyptians," another "according to the Twelve Apostles." Basilides also has presumed to write a Gospel and to call it by his own name. Many indeed have taken in hand to write, but four Gospels only are approved. From these the doctrines concerning the person of our Lord and Saviour are to be derived. There is I know a Gospel which is called "according to Thomas," and one "according to Matthias," and there are many others which we read, lest we should seem to be unacquainted with any point for the sake of those who think they possess some valuable knowledge if they are acquainted with them. But in all these we approve nothing else but that which the Church approves, that is, four Gospels only as proper to be received." --From Origen's Homilies on Luke

Currently I am doing a lot of reading about the early Church, primarily for class work. Origen, 185-254 AD, has always been a controversial figure. Unfortunately, much of what we know about him was written either by his admirers or by those who truly disliked him. In any case, he is clearly one of the first great Biblical scholars of the Church. Among his many contributions to the early Church, I have always found his Hexapla to be his most remarkable achievement. The Hexapla contained 6 versions of the Old Testament, including Hebrew, a Hebrew in Greek characters, the LXX, and three other Greek versions. Unfortunately it has been lost to history, but boy would it be fantastic if it were ever discovered! Think of all the new Bible versions! ;) For more about the Hexapla, you can check out the Catholic Encylopedia article.
Posted by Timothy at 6:53 AM

Email ThisBlogThis!Share to TwitterShare to FacebookShare to Pinterest
Labels: Origen