Origen on the Angels as Evangelists 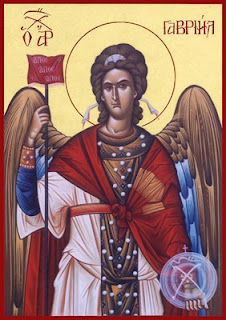 It is always good to learn from the fathers of the Church, particularly in an age that has some strange ideas about angels.
"Now if there are those among men who are honoured with the ministry of evangelists, and if Jesus Himself brings tidings of good things, and preaches the Gospel to the poor, surely those messengers who were made spirits by God, those who are a flame of fire, ministers of the Father of all, cannot have been excluded from being evangelists also. Hence an angel standing over the shepherds made a bright light to shine round about them, and said: Luke 2:10-11 "Fear not; behold I bring you good tidings of great joy, which shall be to all the people; for there is born to you, this day, a Saviour, who is Christ the Lord, in the city of David." And at a time when there was no knowledge among men of the mystery of the Gospel, those who were greater than men and inhabitants of heaven, the army of God, praised God, saying, Glory to God in the highest, and on earth peace, good will among men. And having said this, the angels go away from the shepherds into heaven, leaving us to gather how the joy preached to us through the birth of Jesus Christ is glory in the highest to God; they humbled themselves even to the ground, and then returned to their place of rest, to glorify God in the highest through Jesus Christ. But the angels also wonder at the peace which is to be brought about on account of Jesus on the earth, that seat of war, on which Lucifer, star of the morning, fell from heaven, to be warred against and destroyed by Jesus." --Commentary on the Gospel of John (Book I)
Posted by Timothy at 6:47 AM

Email ThisBlogThis!Share to TwitterShare to FacebookShare to Pinterest
Labels: Origen